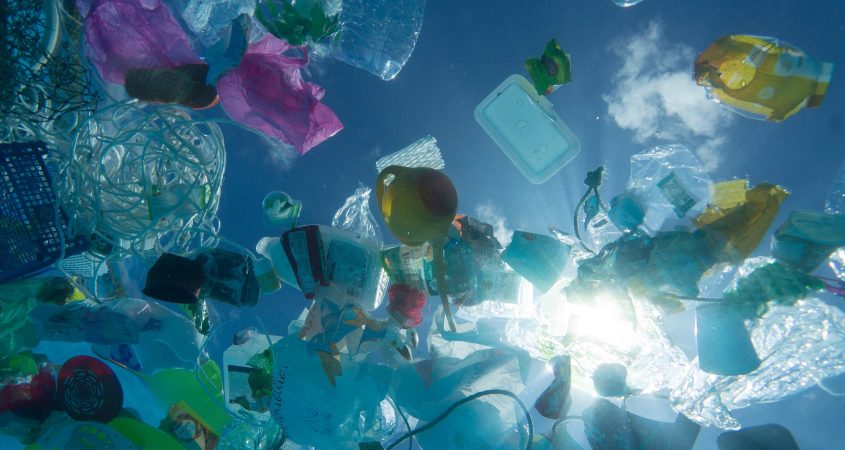 It is commonly known that a patch of garbage bigger than Texas exists, which is dubbed the Great Pacific Garbage Patch. The Great Pacific Garbage Patch is composed of several different types of plastic, including styrofoam. Styrofoam is especially dangerous because it is prone to fragmentation, which increases the rate at which disintegrates into microplastics. Microplastics are harmful to marine organisms and ecosystems because they have a “high potential to interfere with trophic processes and therefore with the export and cycling of organic matter” (Galgani, Nature News). However, the situation seems to be looking up, following a discovery that mealworms can safely eat styrofoam, formally known as polystyrene.

This finding comes as a result of a study by Stanford researchers. In the study, half of the polystyrene given to the mealworms was converted into CO2, while the other half of the material was turned into organic waste that is safe enough to use as mulch. When the researchers compared the styrofoam-eating mealworms to ones with a “regular diet,” there seemed to be no discernible difference in the behaviors, life spans, or biological process of the two groups. This discovery is significant because before this study, it was generally assumed that plastics such as polystyrene were non-biodegradable, or at least took an extremely long time (a thousand years) to even begin breaking down.

Can These Worms Take Out Our Trash?

According to Sloactive, “plastics and polystyrene foam (Styrofoam) comprise 90% of all marine debris” with most of it being single-use containers, such as coffee cups. One potential use of this research is to allow mealworms to feast on common trash items in order to reduce the amount of garbage that has to be processed and dealt with. Consequently, this will reduce the amount of garbage overflowing to the Great Pacific Garbage Patch, allowing clean up efforts on the patch to be more efficient as the growth rate is slowed.

However, these creatures are not a sustainable solution to our growing garbage problem. Like all animals, the mealworm secretes carbon dioxide. If these worms are put to work to process polystyrene, one drawback is that they would release carbon dioxide into the atmosphere, increasing the rate of climate change. Ultimately, the true effects are unknown as no research has been done on the hypothetical consequences. Aside from this, the mealworms can only help minutely curb the overflow of plastics; they are only a crutch. While mealworms could help us with existing plastic waste, we should work towards reducing or even eliminating the creation of new plastic waste. This is the only viable way to stop plastic pollution on marine ecosystems and the harmful effects they will have on aquatic organisms.