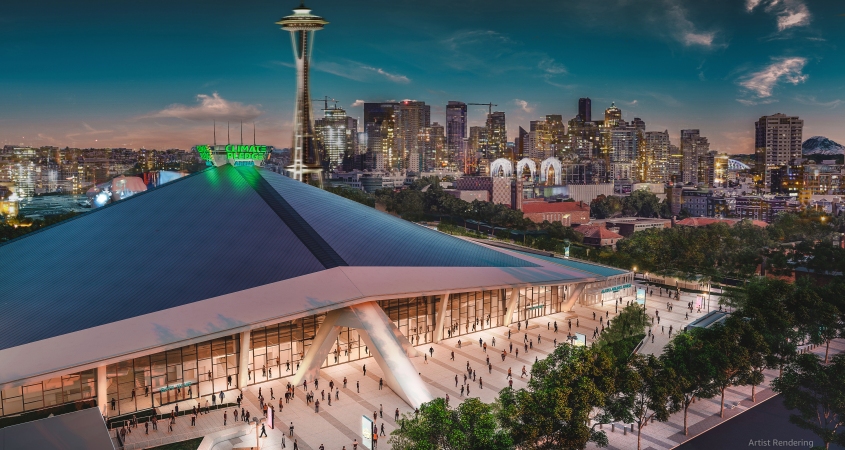 The National Hockey League (NHL) is set to welcome a new expansion team for the 2021-2022 season, based in Seattle, Washington. While the team is yet to be named, its stadium’s name has recently been decided; previously, the stadium was known as the ‘KeyArena’, but this changed when technology and e-commerce giant Amazon ⁠— whose headquarters lie in Seattle ⁠— acquired the naming rights for the stadium. The company, in accordance with its green initiative announced last year, has decided to name the stadium the ‘Climate Pledge Arena’.

Why did Amazon name a billion-dollar arena after climate change?

Upon first glance, one would have naturally expected Amazon to name the stadium after itself, a conventional, intelligible promotional action. However, many were surprised to hear the news of what the corporation actually named the stadium. Following continued criticism and demand by employees for Amazon to adopt a more eco-friendly means of production, Jeff Bezos and co. announced, in September of 2019, their decision to invest $2 billion in a plan involving the use of advanced technologies in order to reduce greenhouse gas emissions. In fact, the company has the ambitious goal of becoming completely carbon neutral by 2040. Bezos himself announced in February his own fund to combat climate change, the ‘Bezos Earth Fund’, which he put $10 billion of his personal wealth into. As for the stadium itself, it is undergoing renovation evaluated at around $900 million to better fit its eco-friendly name. Bezos announced on Instagram this past Thursday that the stadium will be “the first net-zero carbon certified arena in the world, [will] generate zero waste from operations and events, and [will] use reclaimed rainwater in the ice system to create the greenest ice in the NHL”. These unprecedented operations undoubtedly sound gratifying. Hopefully, Amazon’s steps to alter its energy use and promote the issue of climate change will inspire others to take similar actions.

Aside from hockey, the stadium, with a seating capacity of 18,000, will also serve as the home court of WNBA team Seattle Storm.

The fact that one of the world’s largest companies is acknowledging climate change as a harrowing issue and is taking steps to actually combat the phenomenon is great news for activists, but more importantly, the environment. Although Amazon has been involved in controversy regarding its excessive use of non-renewable resources, ultimately, it is important to acknowledge the changes the company is making.