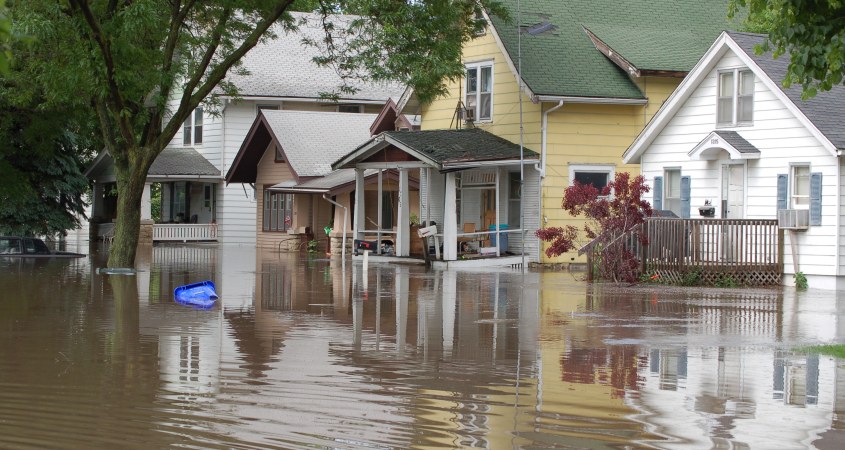 Millions of homes across the U.S. are at risk of being submerged due to rising climate change.  A new, nationwide flood modeling tool released Monday paints a picture of the U.S. as a country woefully underprepared for damaging floods, now and in the future.

These are the findings of a comprehensive new analysis by the First Street Foundation, a nonprofit research and technology group that experts say has put together the fullest picture yet of the country’s growing vulnerability to flooding. As stated by USA Today, “The team combined several existing models of rising sea levels and riverine flooding, and simulations of extreme weather events into a single, nationwide flood assessment model that examined risk in all states except Alaska and Hawaii.”

First Street discovered that by 2050, the number of properties at significant risk of flooding is expected to climb even further to 16.2 million. Their model found that about 14.6 million homes and other structures across the country currently face a 1% annual risk of flooding, representing about one out of every 10 such real estate parcels nationwide. But First Street calculated that current maps developed by the Federal Emergency Management Agency list just 8.7 million properties in the floodplain, a 40% undercount compared with what First Street found.

So how do rising water levels affect inland cities like Chicago?
While FEMA’s maps previously reported that just 0.3 percent of Chicago’s cities were inside the 100-year flood zone, First Street has re-updated this statistic to nearly 13 percent — some 75,000 more than FEMA’s maps show. As mentioned in the  New York Times, “That disparity [between the numbers] reflects a broader trend. In more than two-thirds of states, First Street found that areas with more minority residents also had a greater share of unmapped flood risk than the statewide average.” The trend of heightened flood risks is especially prominent in communities of color, with residents of these communities at a greater risk of respiratory disease (encouraged by mold growth) due to frequent flooding. It is important to acknowledge this situation and recognize that urban flooding is not a one-dimensional problem: it also is closely tied to a lack of environmental justice that needs to change.