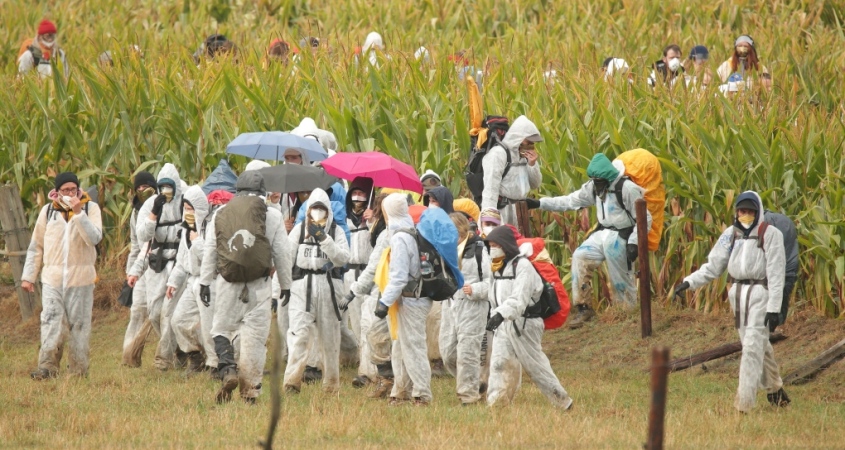 Hundreds of anti-coal protesters entered a mine in western Germany on Saturday to protest the continued extraction and use of fossil fuels.

Environmentalists object to the German government’s decision to allow the mining and burning of coal in the country until 2038, a deadline the activists say is too late to effectively tackle climate change. As stated by The Independent, “ The Garzweiler mine and nearby power plants have been a focus of protests for several years. Environmentalists say they are among the biggest sources of harmful pollution and greenhouse gas emissions in Europe.”

The big problem with moving away from coal is the lack of alternative economic opportunities. Although tens of thousands of mining jobs have been cut since the 1990s, most available employment in the region is still tied to coal. Mainstream German parties still support the industry, and as in other parts of Europe, the impact of green policies on traditional or left-behind communities has become a convenient agenda for populists and far-right politicians to latch on to.

Brown coal, or lignite, is the most polluting fuel in the world, and it still powers 14 % of Germany’s energy, which is a higher reliance than any other EU country. Additionally, the environmental impact of Germany’s reliance on coal is gruesome. Germany’s lignite mines have destroyed 175,000 hectares of the country’s landscape. Soil is considered dead since nothing grows in it afterward. Once the mine shuts and the pumps regulating the water levels are turned off, the ground becomes waterlogged.For Wiebke Witt, a brown coal expert for the NGO Klima Allianz Deutschland, Germany’s 2038 closure timeline fails to honor the 2015 Paris climate agreement on ending coal energy production.“When the end date for coal was negotiated, talks revolved around the amount of energy produced from coal and not for instance the impact it continues to have on the climate,” Witt says. This situation highlights an important statement: we must consider climate change as a significant factor during the conception of new rules and regulations, so people may be both positively economically and environmentally impacted.