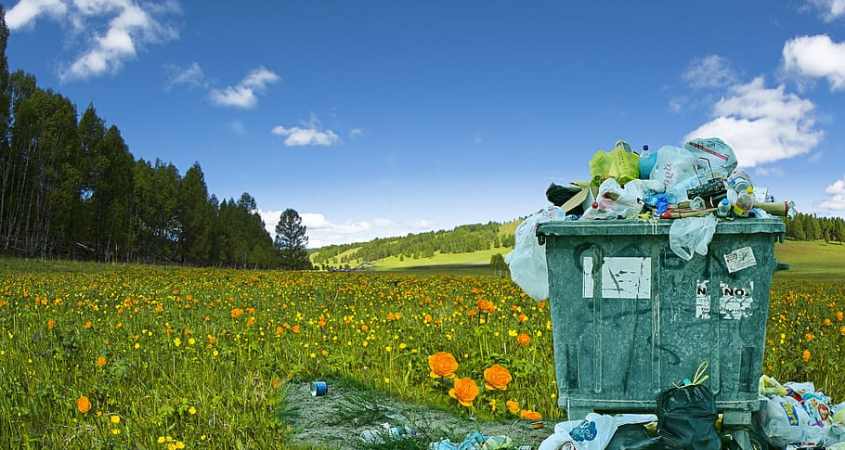 Since the invention of plastic in 1907 by Belgian-American chemist Leo Baekeland, who created the first mass-produced plastic, which he called “Bakelite,” the use of plastic has astronomically increased. According to plasticoceans.org, “packaging is the largest end-use market segment [which accounts] for just over 40% of plastic usage.” Additionally, approximately 500 billion plastic bags are used worldwide annually, coming out to more than one million plastic bags every minute. The organization also claims that the average “working life,” or use for a plastic bag, is an average of 15 minutes.

With its exponential increase in usage, it is clear to see the large environmental implications plastic can have on the environment. Microplastic particles from disposable goods can be found in natural environments throughout the globe, including Antarctica.

But how could these particles travel so far?

The answer, surprisingly, lies in soil. A recent study by Princeton University reveals a mechanism by which microplastic and pollutants can be carried and transferred over large distances by soil which also brings to light the potential implications for preventing the spread of contaminants in food and water sources.

Assistant Professor Sujit Datta, who led the research endeavor, found that the microplastic particles are released when the rate of fluid flowing through the clog remains high enough. Additionally, the researchers showed that through the process of deposition and erosion, the breakup of these particles is cyclical, as they are broken up by fluid pressure over distance, allowing them to reform and ultimately travel over larger distances.

The findings are exciting, as it enables us to better understand the sources of contamination, working towards the ultimate goal of eventually preventing all forms of contamination. According to the organization Eurek Alert, the research can help inform mathematical models to better understand the likelihood of a particle moving over a certain distance and reaching a destination such as a river or an aquifer.